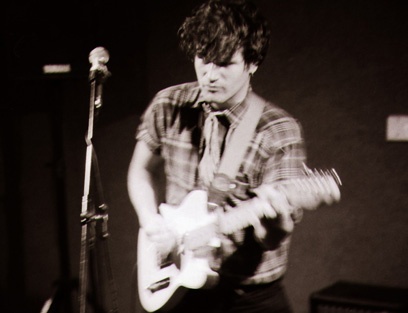 Take Michael Jackson's dance moves, Jamie T's vocabulary and a healthy thirst for classic pop. Chuck in a pair of pretty-much-obligatory skinny jeans and you've got something like Jack Peñate. After causing a stir supporting Lily Allen at her early shows, Jack signed to XL and released Spit at the Stars, a critically and publicly acclaimed EP telling tales of this London lad escaping the city, wearing dirty shoes and gobbing on people. Come get giddy with us at this sure-to-be-ace gig, and watch out for any spitting.