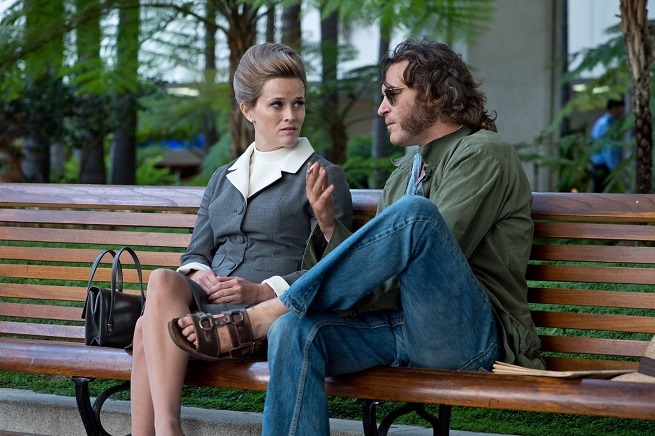 Stoner private dick Doc Sportello (Phoenix) is trying to track down his ex-girlfriend, Shasta Fay (a luminous Katherine Waterston), and the property magnate she’s been fooling around with (Eric Roberts) in late-’60s California.

Based on Thomas Pynchon’s picaresque novel, Inherent Vice is director Paul Thomas Anderson’s funniest work yet – and easily as compelling as his last, The Master, which also starred Joaquin Phoenix. As in Boogie Nights, an ensemble cast who are clearly having a ball, and the seedy authenticity of post-hippie La-La land, further enhance the film’s immense entertainment value.