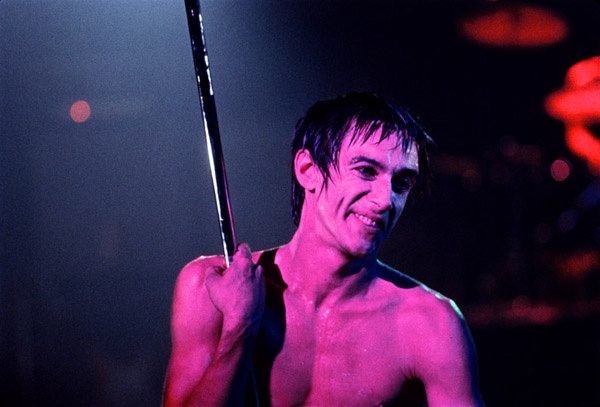 Tim Pope’s concert film Kiss My Blood captures an explosive performance from Iggy at the Olympia, Paris, in 1991. The 22 song set includes some early Stooges through to the album Iggy was promoting at the time, Brick by Brick.

The video attracted a great deal of controversy, partly because it involves blood-letting, but also because Iggy performs for some minutes with his penis exposed to the audience. While those incidents may have grabbed the headlines at the time, they are just passing moments in a wild performance that is frantic, ferocious and unforgettable. The screening session includes a Q&A with Tim Pope, chaired by Peter Jervis.

Tim Pope is an accomplished and though-provoking director who has made feature films and video promos with a range of musicians, including David Bowie, Neil Young, Queen and The Cure.

Peter Jervis was the singer in post-punk band Zeitgeist, appeared in Bowie’s Jazzin’ for Blue Jean film, and is now the Deputy Director of the Wigmore Hall, as well as a DJ at Salford City Radio.