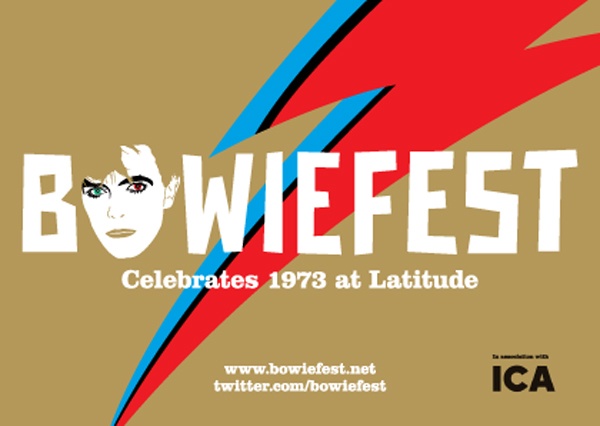 At this year's Latitude Festival (18 - 21 July), Bowiefest in association with the ICA presents a celebration of David Bowie in 1973, one of the most artistically important years in his career.

In 1973 Bowie released the seminal album Aladdin Sane, toured extensively with the Spiders from Mars, and recorded Pin Ups, an album of 1960s covers. The Bowiefest programme comprises talks by Bowie collaborators and experts, a screening of the infamous concert film Ziggy Stardust and the Spiders from Mars, and a live performance of Bowie's music from 1973 by an all-star band.