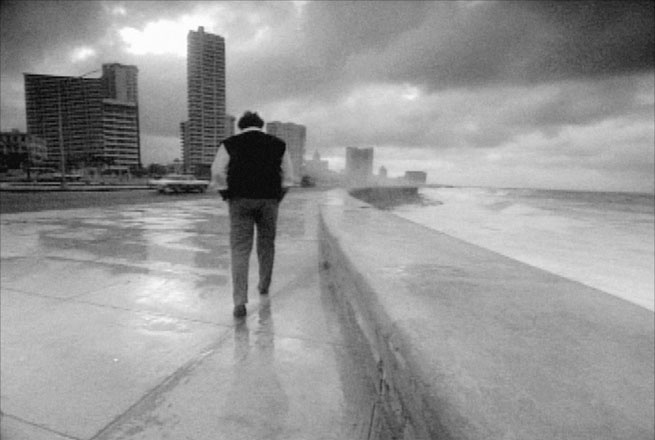 It is true that the film was meant to be a propaganda piece glorifying the achievements of the Cuban revolution, but it is also true that it features some of the most elaborate and revolutionary camerawork in the history of filmmaking. The film is divided into four loosely narrated stories portraying the life in pre-revolutionary Cuba. The beautiful shots of the glamorous life of foreigners in the first story are juxtaposed with the scenes of poverty, inequality, hardships, and finally revolutionary spirit of the Cuban people presented in the later stories.

However, the narrative structure is only an excuse for visual experimentation. Full of wide-angle shots, innovative camera movements, stunning long takes, and towering crane shots, Soy Cuba is one-of-a-kind experience that needs a proper cinema setting to be admired. Kalatozov, and his cinematographer Sergei Urusevsky, experimented in the film with what they called 'emotional camera', a technique to express characters’ feelings through camera movements. Soy Cuba is a unique film that through its poetic and dazzling cinematic style aims to advance the political agenda.