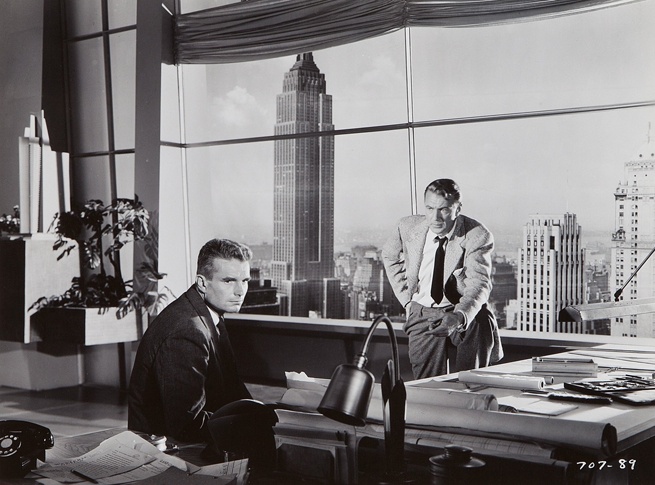 This famously berserk adaptation of Ayn Rand's The Fountainhead - the 1943 novel that championed Rand's own neo-Nietzschian philosophy of ‘Objectivism' - features Gary Cooper as Howard Roark, the uncompromising architect who dynamites a building that fails to conform to his plans.

Rand's drastic strand of libertarianism, founded upon her assertion that altruism is a myth and the moral purpose of one's life should be the pursuit of rational self interest, enjoyed a resurgence in the 1990s when it was embraced by the Silcon Valley entrepreneurs of the Dot Com boom, who felt any form of governmental regulation only served to limit their ability to innovate and pioneer.

With the now towering economic dominance of tech-industry giants such as Apple, Facebook, Twitter and Google, and the increasing influence of the Tea Party movement and other right-wing libertarian groups upon US government - as demonstrated by the recent shutdown - it seems like an appropriate moment to revisit Rand's seminal, deeply problematic and ever-seductive text.