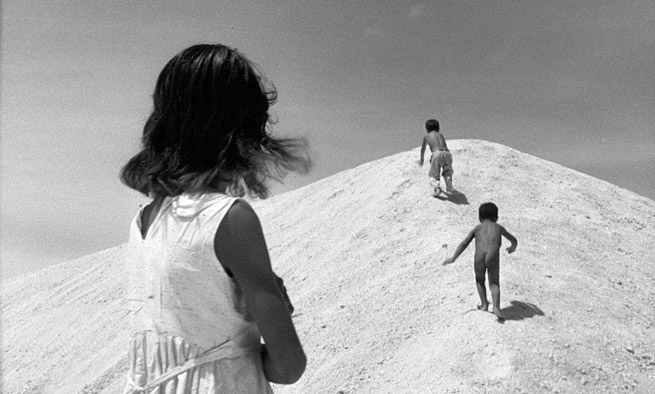 After sharing the FIPRESCI International Critics Prize with Alain Resnais' acclaimed Hiroshima, Mon Amour at the 1959 Cannes Film Festival, Margot Benacerraf’s Araya seemed to disappear from the cinematic radar. Rediscovered and remastered in 2009, the film is an ode to a lost place, time, and culture.

Benacerraf captured the life of an isolated community living on a barren peninsula in north-eastern Venezuela. It is a traditional community whose people worked the same salt marshes and led the same lifestyle since the area was discovered by Spanish colonisers in the 1500s. The images of barren nature and the narrator’s voice-over remind the viewer of the hard living conditions that the people of Araya have endured for generations.

However, from the beginning of the film one can feel that this community is on the brink of disappearing because of industrialisation, and modernisation of the mining industry. Throughout the film, Benacerraf juxtaposes feelings of joy for the people of this community and sadness for their disappearance. Similar to I am Cuba, Araya lacks a conventional narrative. It is the cinematography and music that capture one’s imagination. Benacerraf managed to create an intimate and moving portrayal of a desolate place without the temptation to exoticise its people. It is a rare portrayal of a disappearing culture from within.