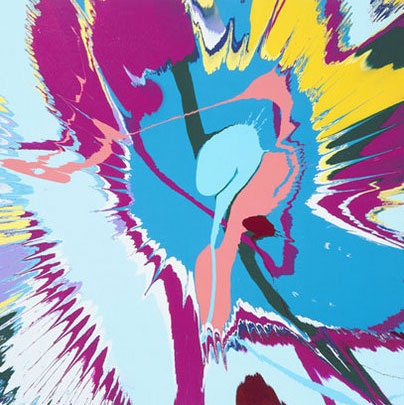 To close our 60th anniversary celebrations we are holding an extraordinary exhibition of works by some of the artists who have played a part in our history. This will be a rare gathering of key figures who have helped shape contemporary art in Britain and beyond

More than 30 artists and artist estates have contributed to the exhibition. There are many signature pieces here, including a graphic work by Barbara Kruger, an LED piece by Jenny Holzer, a photograph by Thomas Struth and a spin painting by Damien Hirst. There are paintings, sculptures, photographs and works on paper, as well as a new film by Martin Creed. Many of the pieces have been made especially for this exhibition, including a new painting by Howard Hodgkin, a collage by Nan Goldin and a new work by Jake & Dinos Chapman.

All of the artworks will go on public display in the ICA's Lower Galleries from 11 September - 5 October, presenting a rare gathering of some of the key figures who have helped to shape contemporary art in Britain and beyond.

Subsequently, the works will also be on display at an auction preview at Sotheby's, New Bond Street, from the 12 - 17 October. The proceeds will help establish a commissioning fund for emerging artists, and provide vital resources for an ambitious new education programme.