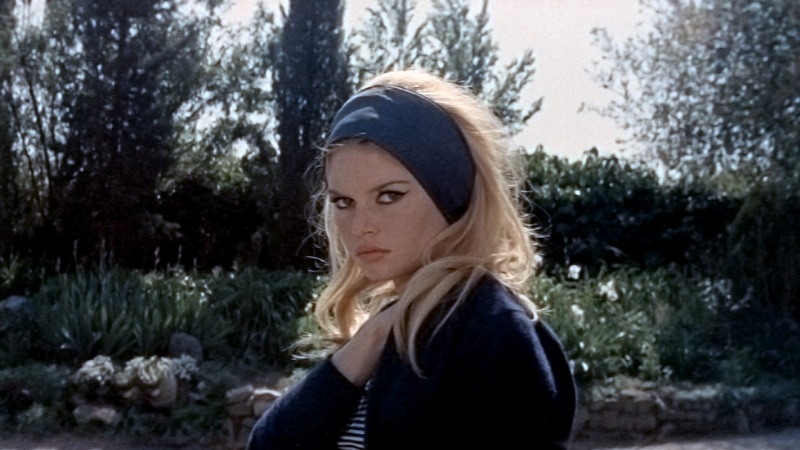 A screening of Le Mépris for Iain Sinclair's 70x70, a season of 70 films that have appeared in his novels to mark his 70th birthday, followed by a discussion between Sinclair and writer and film producer Colin MacCabe.

'I remember seeing this one at the National Film Theatre on the night before I left London for the Mediterranean island of Gozo. Where I would correspond with William Burroughs and work on the script that was never made, The Face on the Fork. Godard’s film played in every way like a trailer. Like an art movie shot over the weekend as a real-estate brochure for a special property, the Villa Malaparte on Capri. (Another island film, from the series of women arriving, returning or disappearing: Bardot here, Lea Massari and Monica Vitti in L’avventura, Magnani in Vulcano, Ingrid Bergman in Stromboli. Capri also features in Rossellini’s Viaggio in Italia, a Godard favourite.) Le Mépris is a promo for Bardot as widescreen topography – while Godard thinks up something for her to do.

If the 70 films are a novel made from broken parts – word falling, photo falling – a number of sustaining motifs arrive among these loud, lush colours. A film of blue and white, sky and stone. The revenant Fritz Lang, out on the terrace, pontificating on Homer, trying to assert classical values. Putting The Return of Frank James way behind him. Fold back the darkest of shadows, Berlin, and exile in Hollywood. Problems with Brecht. Le Mépris is also known as Contempt – which suggests the direct contrary of Chris Petit’s Content.

This screening is part of Iain Sinclair's 70x70, a season of 70 films that have appeared in his novels to mark his 70th birthday.