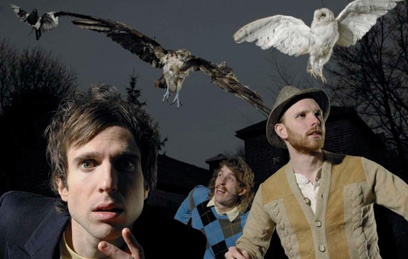 Signed to RCA late last year, The Hoosiers are Irwin Sparkes (vocals/ guitar), Alfonso Sharlando (drums) and Martin Skarendahl (bass). Hailing from Reading and Sweden, this three piece make what they like to call 'odd pop' and their punchy, upbeat debut single 'Worried About Ray' is but a mere taste of what their album, out later this year, will offer. Since they finished recording their debut album in studios just outside London, the band have been touring the UK with a host of acts including The Fray and acclaimed US rockers, Low Vs Diamond.