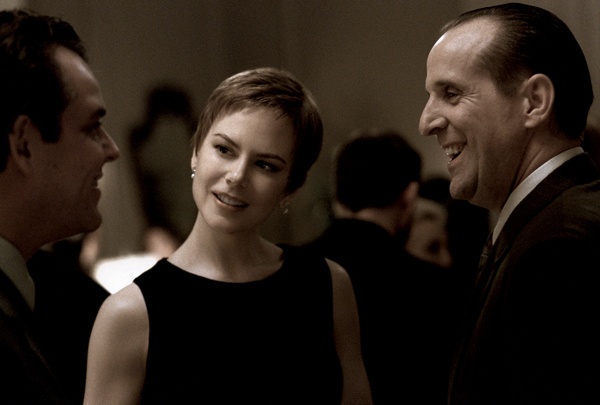 Harris Savides, who passed away last October at only 55 years old, was one of the key cinematographers of our time. His career in music videos and feature films featured distinctive collaborations with directors like David Fincher, Gus Van Sant, Jonathan Glazer and Mark Romanek, and in an age in which the industry transitioned from film to digital, Savides worked with both media seamlessly and evocatively.

In this 35mm double-bill designed as a tribute to coincide with the first anniversary of Savides' untimely death, The Badlands Collective discuss the gorgeous style that he pioneered, which demonstrated not only technological mastery but images of landscapes bleeding into trapped, isolated characters and bravely dark experimentations with dynamic range.

We are very pleased to announce that director Jonathan Glazer will introduce the screening of his film Birth.

The enormously wealthy and emotionally remote investment banker Nicholas Van Orton (Michael Douglas) receives a strange gift from his ne'er-do-well younger brother (Sean Penn) on his forty-eighth birthday: a voucher for a game that, if he agrees to play it, will change his life. Thus begins a trip down the rabbit hole that is puzzling, terrifying, and exhilarating for Nicholas and viewers alike. This multilayered, noirish descent into one man's personal hell is also a surreal, metacinematic journey that, two years after the phenomenon Se7en, further demonstrated that director David Fincher was one of Hollywood's true contemporary visionaries.

Birth
With an introduction by Jonathan Glazer

Maverick filmmaker Jonathan Glazer affirmed the promise of his brilliant debut, Sexy Beast, with his next film Birth, teaming with Academy Award winner Nicole Kidman for a metaphysical love story that explores the space between what we know and what we feel.

Kidman stars as Anna, a delicate young widow who is on the verge of a new life when a solemn little boy appears, claiming to be the reincarnation of her dead husband. As Anna, Kidman achieves a breathtaking emotional transparency to portray an intelligent woman who discovers another side of herself in the face of a bizarre, yet tantalizing possibility. The actress is beautifully paired with Canadian child actor Cameron Bright, who portrays the boy interloper with a haunting stillness and conviction.

Bringing an assured sense of style and form to a decidedly unconventional narrative, Glazer creates a world that is at once strange and familiar, like a fairy tale. Like many fairy tales, Birth is part romance, part mystery, and part family drama - woven into a magical whole about love, mortality and the unknown.

Programme presented by The Badlands Collective