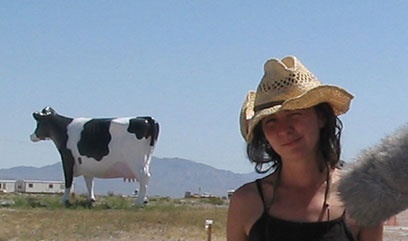 Greetings From Death Valley: Three postcards from places America would rather ignore, this film is a surprising window into beauty lost. Eccentric characters combined with stunning, breathtaking scenes and vibrant colour tell the stories of threatened landscapes.

Robert, Mary and Katrina: The story of Robert (72) and Mary (70), who were overcome by hurricane Katrina. Told straight to camera in a single shot, this is a remarkable triumph of distilled storytelling.

Followed by a Q&A with Greetings From Death Valley Director, and the producer of Robert, Mary And Katrina (TBC).