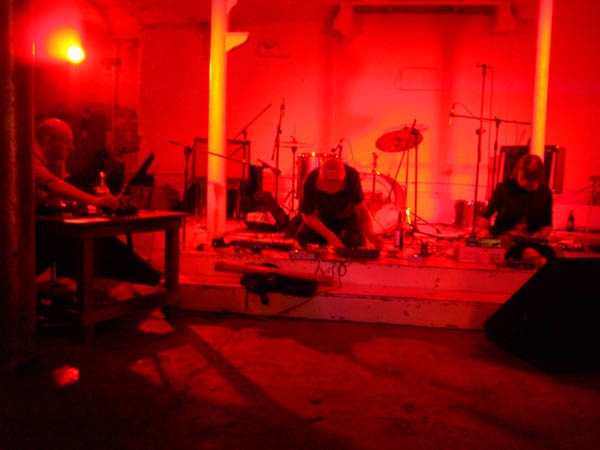 Gravetemple are the American and European forces of Stephen O'Malley (Sunn O))), Oren Ambarchi (Burial Chamber Trio) and Attila Csihar (Mayhem). They combine metal instrumentation with feedback, drones and minimalist composition. Expect a disorientating mix of lighting and sonic power, and an unforgettable physiological experience, communicated via a wall of amplification.

Supporting Gravetemple is Aaron Dilloway, a co-founder of seminal American noise band Wolf Eyes who now runs his own Hanson imprint from his base in the USA. Dilloway utilizes an array of analogue equipment alongside contact mic'd vocals to create a visceral barrage of sound.