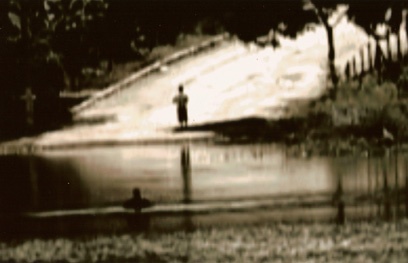 Gambiarra: 'making do', the Brazilian way

Taking as a starting point the rise in video art in Brazil as both an important tool in tackling national political issues and attracting international attention at festivals and biennales, these discussion sessions address the increasing mobility of artists; the impact of residencies on their surroundings; the collaboration between art and sociopolitical subcultures; the importance of sustainability for artistic practice; and the business of producing and distributing new media.

The key concept for the debates is 'gambiarra' (the title of an essay by Ricardo Rosas included in Caderno Videobrasil 02): a Portuguese word that conjures up images of clandestine electricity hook-ups in shanty towns, but also describes a particularly Brazilian attitude to improvisation when materials are not available. This sense of the term has great symbolic value in Brazil and its wider significance has not been lost on the visual art scene. The debates build on reflections on Caderno Videobrasil 02.

Feffer will discuss his experience with ELOAUDIOVISUAL in selling Latin American new media productions. He will discuss the latest trends and current production and inclusion strategies, comparing the interaction with local and global markets.

Ruben Feffer is founder of Elo Audiovisual, which represents and distributes audiovisual content from Brazil and Latin America.

Access to new technologies, urbanisation and the formation of new political-economic-cultural maps pose challenges to art and give rise to new paradigms. In Brazil, the intensification of exchanges, improvisation and the gambiarra are features of the new strategies.

Helio Hara (Associação Cultiural Videobrasil) is the editor of Caderno Videobrasil 02 - Art Mobility Sustainability and editor in chief of "s/n", a top Brazilian magazine focused on Brazilian lifestyle and arts ranging from photography to fashion. Hara completed a MA in Science writing at the University of Wales College of Cardiff after graduating in Journalism in Brazil. He has had a successful career in O Globo (the largest daily newspaper in Rio de Janeiro) and was assigned as correspondent in Paris for the Globo media corporation. As a journalist specialized in arts and trends, he has also contributed to European and American publications such as V and Courrier International and worked in the development of content for several projects and exhibitions in Brazil. In the last few years, together with WWF, he has developed marketing and social responsibility projects for corporations in Brazil. Helio's work emphasises a 21st-century/contemporary Brazil to the outside public in an authentic way, with no concession to stereotyped or tourist-industry-induced folklore aspects.

Talk followed by drinks in the ICA Bar