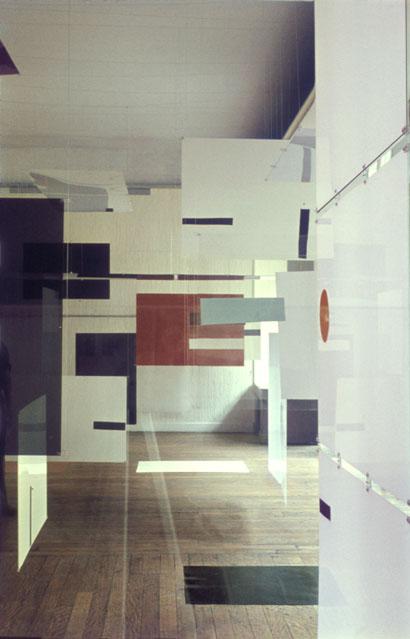 A gallery tour of Richard Hamilton at the ICA with Lucy Rose Bayley, who is currently writing a PhD on the legacy of the ICA's interdisciplinary programmes within twentieth century British culture.

Lucy Bayley is currently studying a Middlesex University Studentship The ICA: A History of the Contemporary, a collaborative PhD with Middlesex University and the ICA. By drawing on its archives she will consider the legacy of its interdisciplinary programmes within twentieth century British culture. She is focusing particularly on the mid-period of the ICA, the 1970s and early 1980s. Prior to this she received a first class degree in Art History from Sussex University (2001-2004) and an AHRC Award for her MRes with The London Consortium (2011-2012).

Lucy was a Curator of National Programmes at the Contemporary Art Society where she worked with UK museum curators on a number of acquisitions and commissions of contemporary artworks for their permanent collections – including work by Elizabeth Price, Lindsay Seers, John Smith and Luke Fowler. In 2012 she managed the distribution of the £4million collection owned by Eric and Jean Cass to public collections in the UK, and she curated the first displays at their new space in Clerkenwell. She also helped to establish the National Network, a professional membership scheme for curators focused on the development of public collections. She has worked at contemporary galleries including The Drawing Room, Peer, and The Serpentine and in 2006 set up her own gallery alongside a production company in Clerkenwell, providing a platform for emerging artists. Between 2006-2007 she wrote a weekly Art Round-Up column for The London Paper.