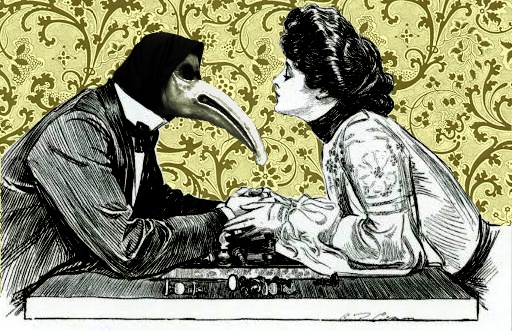 The Future of Pedagogy: The Concept and the Disaster

InC, Continental Philosophy research group, hosts a programme of three weekend seminars, each followed by public talks by leading philosophers including Dr Alberto Toscano and Prof. Alexander Garcia Duttmann. These events - conveyed by R.Cavallini, D.Rugo, S.McAuliffe and D.Smith - will address the future of pedagogy and question whether teaching can still serve as a site for critical thinking. The seminars will function as focused events built around a set reading list, with the subsequent talks intended for a larger audience.

2pm - Pedagogy and Technics - Seminar with David Smith, Roberto Cavallini.
The 2pm Seminar is now sold out. Tickets are still available for the 5pm Talk. Please book below.

5pm - Talk by Alberto Toscano "The Lures of Administration: Language, Cynicism and 'Resistance"

The pedagogical act to be considered as a form of technics, an instrument, tool, or supplement that cannot, however, be categorically opposed to a supposedly natural form of being. The risk of pedagogy becoming a completely autonomous machine calls for a constant questioning of the relationship between technocracy and pedagogy.

5pm - Talk by Alberto Toscano "The Lures of Administration: Language, Cynicism and 'Resistance"

In spite of the proliferation of initiatives aimed at formulating a contemporary critical pedagogy, and the welcome resurgence of struggles around the university, much of our thinking remains hamstrung by rhetorical and intellectual habits developed over the last three decades or so, in the shadow of a then-buoyant neo-liberalism and in the wake of defeat and disillusionment for the radical left. A jargon of resistance has come to attain the status of a kind of linguistic reflex in the academic and artistic domains, suffusing everything with an air of political significance (or worse, 'criticality') while making it more and more difficult to ascertain where the resources of an oppositional thinking could lie. Often making inordinate claims for the transformative powers of thought and speech, this pervasive jargon can become an obstacle to the sober evaluation of what may or may not be of cultural, political and strategic significance in the present moment. Its optimism and boosterism allies it with the ever-present requirement to generate novelty, originality, value (and to compete), which drives the thinking and practice of contemporary management and administration. The cynical temptation to think that one can 'game' the system is great, especially when financial and status rewards are (were?) considerable. In this session, I want to think through the ways in which the contemporary experience of teaching and its various ideologies are caught up in the 'affirmative' and competitive logic of the market-oriented university, and to ask whether pedagogy contains any resources for developing forms of opposition to the current administration of knowledge and schooling.

5pm - Talk by Gary Peters and Steve Purcell "Aesthetic Education in the Age of Knowledge Exchange: Some philosophical reflections on the National Student Survey"

The pedagogical act is subject to an “immanent untruth” Adorno writes in an essay on teaching. In what does this untruth consist, and what are its consequences? In this session, the ethico-political specificity of pedagogy encounters the delimitations of the institution: questions for/from the institution.

5pm - Talk by Gary Peters and Steve Purcell "Aesthetic Education in the Age of Knowledge Exchange: Some philosophical reflections on the National Student Survey"

With particular reference to Nietzsche, Heidegger and Jacques Ranciere, this talk will consider the tensions between the aesthetic, the post-aesthetic and the academic within a knowledge economy driven by the satisfied customer. The recent National Student Survey results will be referenced as a crude, deeply unsatisfactory and yet unavoidable challenge to those who would still hold out for the aestheticisation of the academic rather than the academicisation of the aesthetic. As the Dean of a Faculty of Arts and a Professor of Critical Theory respectively, Professor Steve Purcell and Professor Gary Peters will consider some possible responses to the institutional and pedagogical pressures such surveys inevitably bring in their wake as well as the wider philosophical issues surrounding the relationship between art and the University.

With a view to interrogating the hierarchy inherent to the pedagogical relation, participants will be invited to respond to the following proposition: “No teaching without the proper name; no teaching of the proper name.”

Can the teaching of philosophy let itself be influenced by the aura that may surround the name of a philosopher? If continental philosophy in the UK depended largely on proper names when it was introduced in Philosophy Departments, does it now depend on the truth or the coherence of an argument? Is the disappearance of proper names a disaster or a chance for philosophy?"