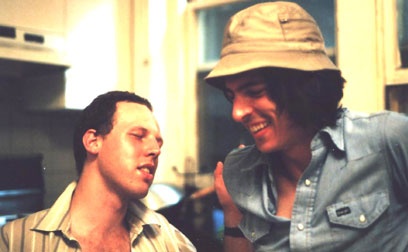 Marnie, 23 is drifting through her post college life in search of romance and employment. She opens the film at a tattoo parlor, where the proprietor refuses to oblige her because she's drunk. This foiled attempt at permanency sets the tone for the half-conscious, non-articulated efforts at contact and clarity in coffeeshops, at casual parties and on park benches, that follow.

Marnie's unrequited crush on her friend Alex flares when he splits from his long-term girlfriend. But he quashes the subject before it comes up, and Marnie is left fending off advances from another awkward office temp.

At the 2004 Independent Spirit Awards, Bujalski won the "Someone to Watch" award. Bujalski's second film, Mutual Appreciation, was released in the US in 2006 to critical acclaim and will be released in April 2007 by Diffusion Pictures in the UK.

"Andrew Bujalski is one of the most original film-makers of his generation...Meet the new Woody Allen." **** The Times

"The great American indie movie is not dead". **** The Guardian

"What a miraculous debut this is." The Daily Telegraph

"If [Bujalski] is not one of the brightest talents of the decade then I'm a lactating cow". New Statesman

"Bujalski is an acute and intelligent dramatist. It is unexpectedly seductive, and even, in its own stubborn way, beautiful" New York Times