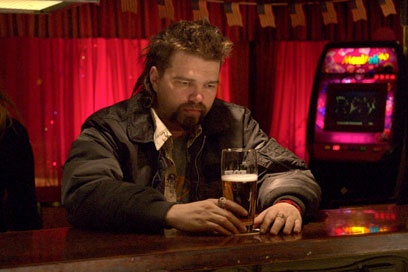 Set against the backdrop of an iced-over contemporary Finland, and based on Leo Tolstoy's 'False Note', Frozen Land takes you on a journey through a strikingly bleak and occasionally blackly funny world, where money's the goal and drink abounds, and where loneliness and desperation push people to the edge of their lives and sanity. A brilliantly devised web of interconnecting fates, Frozen Land is an intense, fast-paced depiction of a gritty Helsinki, which bounces between stories and characters' lives, set into motion by the printing of a forged 500 Euro note. Semi-improvised dialogue and gripping visuals form the compelling backdrop for an exceptionally powerful ensemble of performances, from a pair of young computer hackers and a depressed policewoman, to a mullet-haired car thief and a vacuum salesman and recovering-alcoholic, who falls off the wagon with a vengeance.