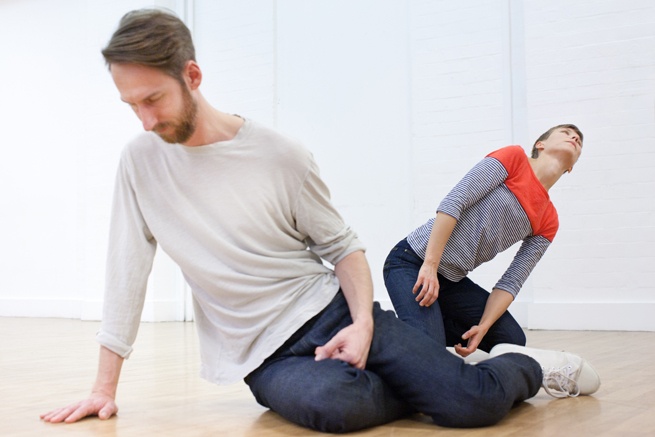 Is archiving live artistic practice crucial to its survival?

Archiving of live work can be a significant and truly interdisciplinary challenge. Many artists have argued that the instability and uncertainty of the archive can raise issues surrounding originality, appropriation and authenticity. But for some artists the act of archiving, recording, preserving, and redistributing, are performative actions that are as much a part of the work as the performance itself.

In conjunction with Table of Contents by Siobhan Davies Dance, this Salon investigates the challenges of institutional or artist-led archives in an age of instant information and new technology. Particular focus will be given to the challenge of ‘archiving’ dance and live practice.

It will also explore how a younger generation of artists are working with archives and what challenges training institutions see ahead for them when archiving their practice.

Eckhard Thiemann is the Creative Producer for Siobhan Davies Dance. He is also artistic director of Shubbak, the London-wide festival of contemporary Arab culture. Previously he was a producer for the London 2012 Festival and curated the Liverpool Arabic Arts Festival 2011.

Teresa Calonje is a freelance curator. In 2008 she initiated CollectingLiveArt, a two-year research project which aimed to raise the debate and explore the challenges of acquiring, preserving and re-enacting ephemeral works. She is currently a PhD candidate at Goldsmiths and editing a book Live Forever? Collecting Live Art due to be published at the beginning of 2014 by Koenig Books and funded by ACE.

Victoria Lane is a freelance archivist working for the Art Archives Consultancy. She is a Registered Member of the Archives and Records Association with nearly twenty years’ experience of the arts and heritage sectors. Specialising in art archives, Victoria has worked at Tate Archive, the Henry Moore Institute archive and managed the archives of the sculptors Richard Deacon and Barry Flanagan.

Claire Louise Staunton is Curator/Director of Flat Time House an institute, gallery and archive in the former home and studio of artist, John Latham (1921-2006), recognised as one of the most significant and influential British post-war artists. Claire Louise is also Curator with Inheritance Projects, a curatorial group working with artists and writers in collaboration with institutions on critically informed research-led projects.

Mirella Bartrip is Director of Dance at Trinity Laban Conservatoire of Music and Dance. She performed as a classical dancer in the 1970s and has taught classical ballet for professional dancers and students over many years at different institutions. Her teaching at Trinity Laban has included classical ballet, education studies and supervision of dissertations at undergraduate and postgraduate levels.

In Partnership with Siobhan Davies Dance