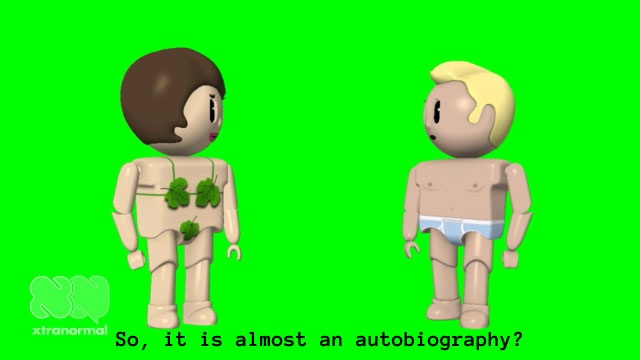 A conversation between two online avatars on a dating website, which develops into a masturbatory love affair between a woman and a younger man, is the subject of Frances Stark’s My Best Thing, an animated single-channel video.

Through the medium of animation, Stark raises questions about the difference between therapeutic confession and performance. In the midst of a creative crisis, the woman flirts with the idea of an artistic collaboration with Marcello, an Italian filmmaker she has become acquainted in a video chat room. Marcello then drops out of sight. However, the woman then encounters another man whom she mistakes for Marcello and who turns out to be a spiritually bored son of an auteur director. My Best Thing was previewed in ILLUMInations at the 54th Venice Biennale.