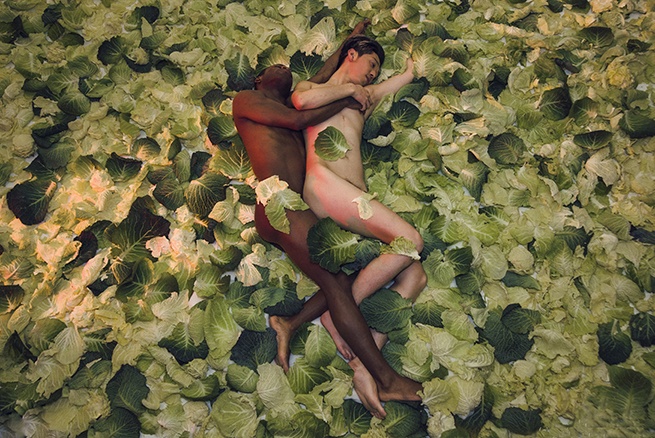 Artist and filmmaker Shu Lea Cheang’s new cypherpunk, sci-fi porn feature film Fluidø (2017) is set in the post-AIDS future of 2060. HIV viruses have mutated into a gene, giving birth to a new type of gender-fluid human called ZERO GEN, whose white fluid ejaculation is the hyper-narcotic for the 21st century. DIY biohackers, underground drug lords, and a scheming corporation are intermeshed when a corrupt government commissions secret agents to identify anyone who carries the mutated gene.
In Fluidø, the body is encoded and acts as a device for data transmission, thereby acting out a parable, both for viral and techno-mediated desire. Articulating the ascendancy of biotechnical solutions that exploit organic systems for industrial purposes, scenes unfold celebrating the free flow (and harvesting) of bodily fluid.
The screening is followed by a conversation with Shu Lea Cheang and Matthew Fuller.
After the screening, audience are invited to join the performance party Liberate the Fluid (9pm, ICA Theatre). This improvised collective performance features a cast gleaned from the open casting call Let’s Make A Sequel – Fluidø 2 (2–5pm, ICA Theatre, free and open to all).
This film contains adult themes not suitable for those under 18.

We are offering a special multibuy offer for the screenings of Fluidø + Shu Lea Cheang Q&A, Liberate the Fluid and WONDERS WANDER, Shorts + Panel