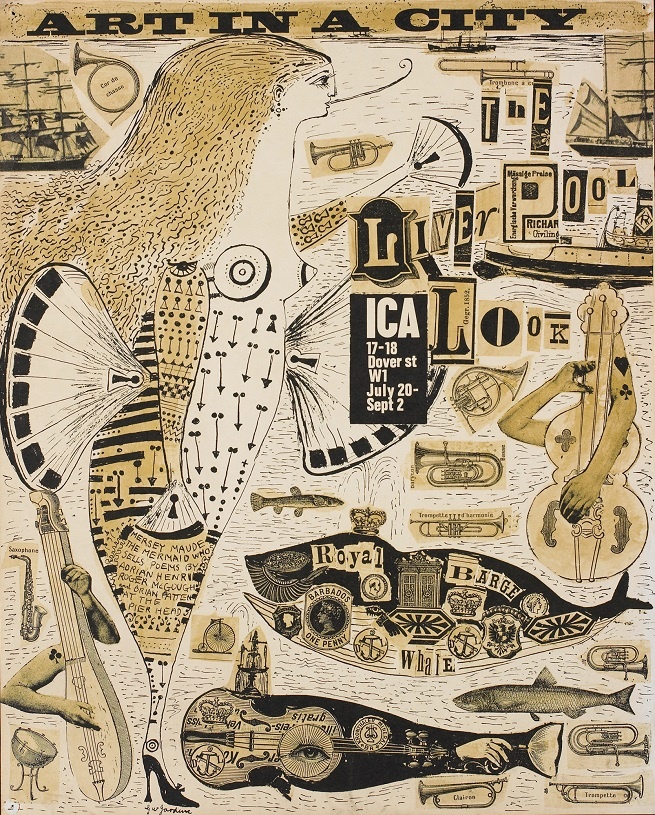 First Happenings: Adrian Henri in the ‘60s and '70s

First Happenings: Adrian Henri in the ‘60s and '70s, offers a focussed look at Adrian Henri’s pioneering role in the ‘happenings movement’ in Britain, setting up the first ‘Event’ in 1962, through to enabling various collaborative events into the 1970s.

As a painter, poet, musician and performer he was a central protagonist during a period of intense creativity and collaborative artistic endeavours that centred in Liverpool – at the time a parallel centre for such activity alongside London and New York. Henri corresponded with performance artists including Allan Kaprow, Yoko Ono and Mark Boyle and authored a landmark publication, Total Art, Environments and Happenings (Thames and Hudson, 1974).

Adrian Henri (1932–2000) trained as a painter under Victor Pasmore and Richard Hamilton, and taught at Liverpool Art College in the 1960s. He came to prominence as one of the 'Liverpool poets', alongside Roger McGough and Brian Patten, through the best-selling Penguin anthology The Mersey Sound - irreverently urban and popular. Performance was central to Henri’s practice, both as a visual artist and as a poet. In the 1960s and 70s he fronted the poetry and rock group Liverpool Scene (signed by RCA). Their debut album was produced by John Peel, who dubbed Henri ‘one of the great non-singers of our time.' In 1969, the band performed at the Isle of Wight Festival, supported Led Zeppelin and toured America.

One of the few UK organisations that acknowledged the radical music, art and performance scene in Liverpool outside of the city itself, the ICA hosted Henri’s exhibitions and performances on various occasions including his solo exhibition, Adrian Henri: Poet, Painter, 1968, I Wonder. A play by Adrian Henri and Michael Kustow, was performed at the ICA in 1968 as part of the ICA’s centenary celebration of Apollinaire and Henri was also included in the 1970 ICA exhibition AAARGH!!! A Celebration of Comics.

First Happenings is curated by Paris-based art historian Catherine Marcangeli in collaboration with the ICA. All works from the Estate of Adrian Henri.

With thanks to support from Penguin Classics