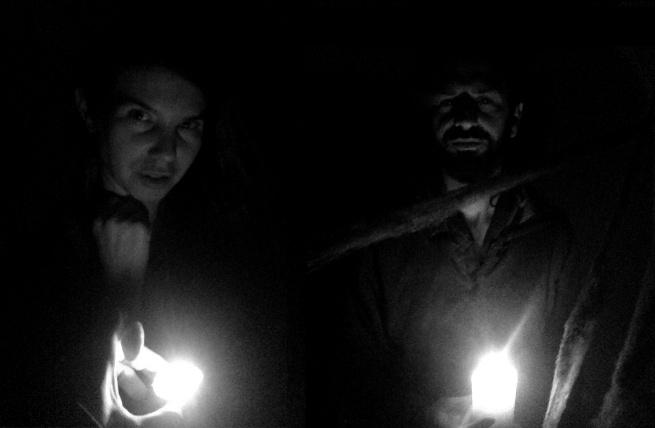 The Rot of the Stars (ROTS) will be taking over for the 21st week at fig-2. Formed in 2014 by experimental musician and founder of Strange Attractor Mark Pilkington, and artist Jo Fisher Roberts, ROTS generate live and recorded sounds, drawings and installations at the ICA Studio.

The duo will bring forth a cumulative performance series, launched at the exhibition opening on Monday evening, followed by daily performances at 1pm, with an exclusive late-evening performance on Thursday. Through first-hand contact with the plastisphere, ecosystems that evolved to live in human-made, plastic environments and by concentrating on the life forms in micro scales Pilkington and Fisher Roberts investigate the foundations of human identity and character.

“The Starres eat… Those falling Starres, which are found on the earth in the form of a trembling jelly, are their excrement.” (Henry More, 1656). Pwrdre Ser, or the Rot of the Stars is a pale, foul-smelling jelly traditionally associated with meteorite falls.

The Rot of the Stars. Formed in November 2014, ROTS is a collaboration between Jo Fisher Roberts and Mark O Pilkington. Jo is an artist with an interest in natural history and the grotesque, currently working primarily in live art and installation. Trained at the Slade School of Fine Art, Jo exhibits internationally and teaches Natural History Illustration. Mark is a writer and experimental musician; he also founded and runs Strange Attractor Press.