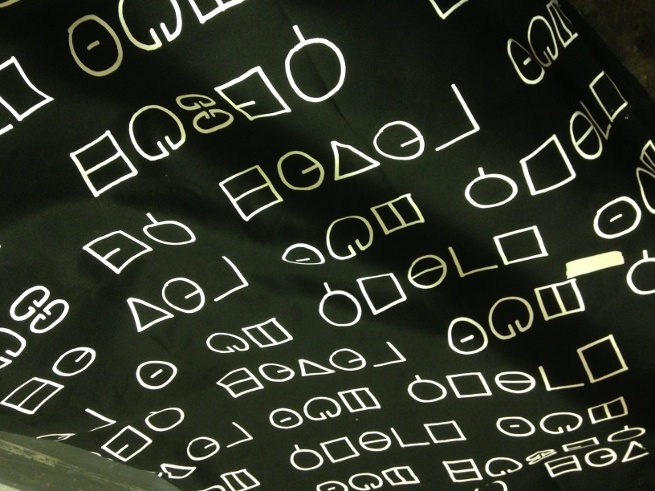 Ruth Beale will give a presentation reflecting on the ideas, concepts and symbolism in her solo show, calling in immediate and long-term responses. Between an artist's talk and a performative lecture, the presentation will plot links and cross-references between subversive librarianship, Thomas More's Utopian alphabet, the notion of the commons, knowledge production and futurology.

Ruth Beale (born Cambridge, 1981) lives and works in London. Recent solo exhibitions include Bookbed at Peckham Platform, London, (2014); Bikes, Caves, Raves at Trade, Nottingham (2014); Lindgren & Langlois: The Archive Paradox at Grand Union, Birmingham (2013). She has performed at Turner Contemporary (2014), Basel Kunsthalle (2012), MoMA PS1 (2014), South London Gallery (2011), ICA (2011) and Modern Art Oxford (2014). She is a co-founder of Performance as Publishing and The Alternative School of Economics, which has recently been awarded a major new commission by Create London. ‪She gained a BA from Edinburgh College of Art and an MFA from Goldsmiths, London, in 2010.