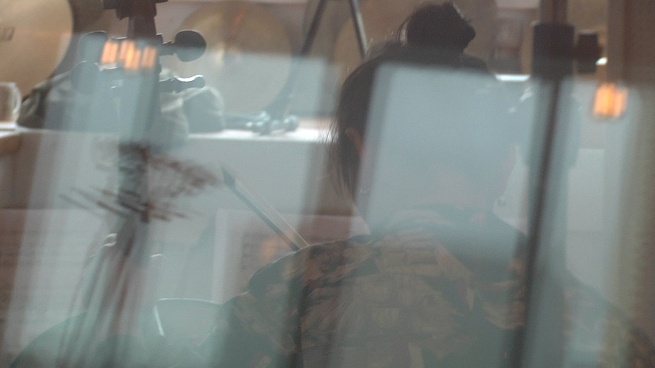 Kathryn Elkin's new commission The Elephants in the Room merges modes of improvisation with immediacy of response in the form of a collaboration between the artist and the musician Okkyung Lee. Both worked through the adagietto from Mahler's 5th Symphony, which was famously used in Visconti's masterpiece Death in Venice. Mimicking the way the adagietto is used in the film, as a point of conversation, Elkin and Lee engage in an improvisational take on Mahler's symphony towards production of a visual score.

For fig-2, Elkin presents The Elephants in The Room, a new video work featuring music by cellist Okkyung Lee. The project features two performances entitled Mud, a 22-minute vocal work that accompanies the video, on the opening evening and on Sunday 10 May.