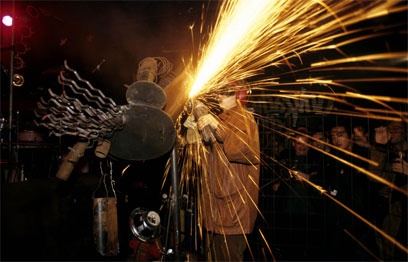 Faust: Nobody Knows If It Ever Happened

A concert film featuring the band Faust at the height of their powers, playing an explosive concert at The Garage, London in December 1996. The film will be shown exactly ten years to the day of the actual extraordinary concert featured in the film.

Jean-Hervé Péron from Faust will be hosting a Q&A session with Andy Wilson, author of the newly released Faust book Faust: Stretch Out of Time 1970-1975.

The Q&A will be followed by a bar event with DJs from London's Kosmiche Club providing post-screening musical entertainment in the ICA Bar.