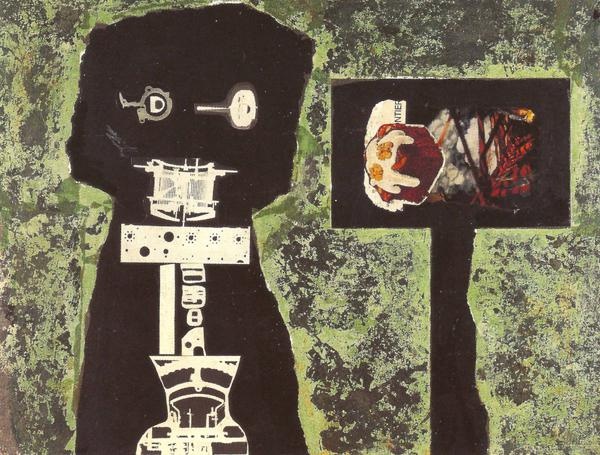 Fathers of Pop & This Is Tomorrow

To coincide with Richard Hamilton at the ICA, we offer the chance to see Fathers of Pop (1979), in which The Independent Group (1952-55) discuss their ideas and sources of inspiration, followed by a free screening of This Is Tomorrow (1992), an examination of Richard Hamilton's art.

The Independent Group (1952-55) was formed at the Institute of Contemporary Art, London, with Eduardo Paolozzi, Lawrence Alloway, Richard Hamilton, Reyner Banham, Alison and Peter Smithson and Toni del Renzio as members. As the first group of British artists to introduce mass-media images into art, they have been hailed as 'the fathers of Pop'.

In Fathers of Pop, Banham discusses the group's ideas and sources of inspiration with Hamilton, del Renzio, and Alloway, while photographs by Nigel Henderson evoke the atmosphere of post-war Britain. The members recall the formation of the group and the vast collection of 'found' objects shown by Paolozzi at the first meeting, their shared fascination with magazines and advertising, and their admiration for American popular culture of the day, in particular automobiles and movies. At the same time, however, they were becoming aware of the destructive capabilities of the new technology, epitomised by the atom bomb.

The activities of the Independent Group culminated in a remarkable exhibition This is Tomorrow, held at the Whitechapel Art Gallery, London in 1956.

Meanwhile, the Channel 4 film This Is Tomorrow (directed by Mark James) is presented by Bryan Ferry (a former pupil of Richard Hamilton), and offers an examination of Richard Hamilton's art and its relationship to popular culture.

Please note that the film and sound quality of these works is not to modern standards. This should not diminish their value as historic records.

Please note that all films are 18+ unless otherwise stated. The feature will start approximately 15 minutes after the listed start time.