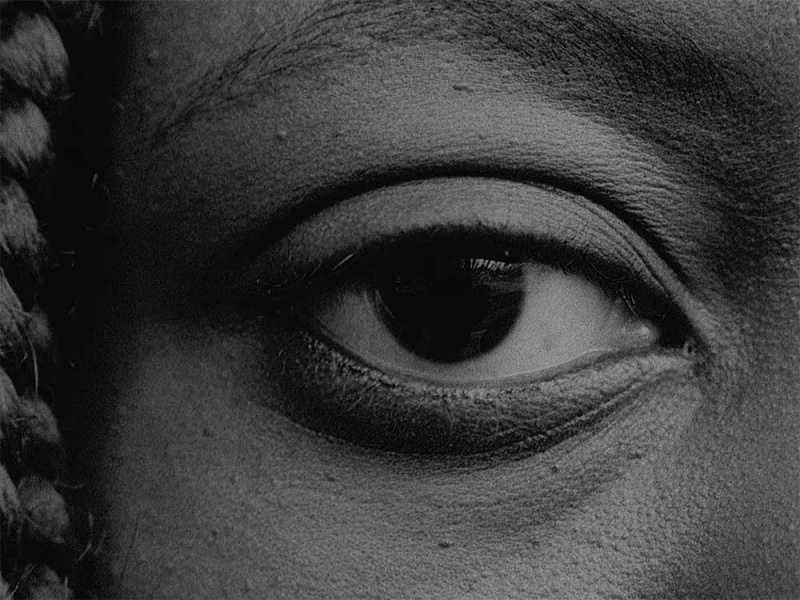 *Please note that free Red Membership tickets are not available for the BFI's London Film Festival.

Inspired by Tendai Mutambu’s ’Twenty-Two Hours’ Experimenta 2018 programme, not/nowhere invites artists working with the moving image to discuss their positions on representation in visual culture. To what extent does the visibility of subjects on screen correlate to those same subjects’ agency and sovereignty in praxis? And, what do these artists think of propositions that new, or renewed visibility is an index of social progress? Featuring Rabz Lansiquot and Experimenta artists including Emma Wolukau-Wanambwa, Ayo Akingbade and others.

An open audience discussion will follow the participant contributions.
Organised by Taylor Le Melle for not/nowhere.
Ayo Akingbade is a British Nigerian artist and filmmaker. She lives and works in London. Tower XYZ (2016) speaks to the imagined future of a young woman and her reflections on the ever-changing city of London. It was commissioned and produced by Chisenhale Gallery and the Institute of Contemporary Arts as part of Stop Play Record. In 2017, the film received a Special Mention Award at International Short Film Festival Oberhausen and won the inaugural Sonja Savić Award at Alternative Film/Video Festival, Belgrade. Street 66 (2018) premiered at International Film Festival Rotterdam; the film profiles Brixtonite housing activist Theodora Boatemah MBE and her influence on the regeneration of Angell Town Estate. Both films exhibited as part of Bloomberg New Contemporaries. A is for Artist (2018), a reflective autobiographical piece commissioned by the Institute of Contemporary Arts, will premiere in the Experimenta strand at BFI London Film Festival. Akingbade is a recipient of the Sundance Ignite Fellowship.
Morgan Quaintance is a London-based artist, writer and curator. His critical essays and texts have been published widely, and his many curated group exhibitions and events have been staged internationally. His moving-image work has recently shown at LIMA, Amsterdam, Cubitt Gallery, London and Jerwood Space, London. Screenings include 14th Berwick Film & Media Arts Festival and London Film Festival.
Emma Wolukau-Wanambwa was born in Glasgow in 1976. She studied Literature at Cambridge University and Art at the Slade School of Fine Art, University College London. She is a Research Fellow in Fine Art at the University of Bergen, Norway, and Convener of the Africa Cluster of the Another Roadmap School. Wolukau-Wanambwa works in a wide range of media, formats and contexts. Her recent and upcoming exhibitions include Bergen Assembly 2019 (Norway); 62nd BFI London Film Festival; Women on Aeroplanes (The Showroom Gallery, Great Britain & Museum of Modern Art, Poland); We Don’t Need Another Hero (10th Berlin Biennale of Contemporary Art, Germany); A Thousand Roaring Beasts: Display Devices for a Critical Modernity (Centro Andaluz de Arte Contemporáneo, Spain); and Kabbo Ka Muwala (National Gallery of Zimbabwe, Makerere University Art Gallery, Uganda & Kunsthalle Bremen, Germany). Her essay, ‘Margaret Trowell’s School of Art or How to Keep the Children’s Work Really African’ has recently been published in The Palgrave Handbook on Race and the Arts in Education.