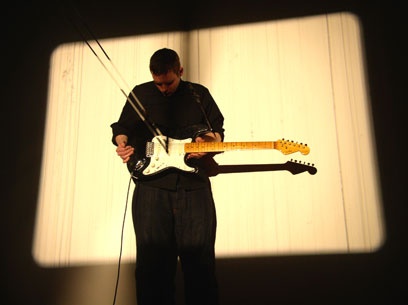 Emma Hart and Benedict Drew collaborate on live performances that set up conflicts between the mechanics of film, video and sound. Their experimental pieces have variously included film projector tugs-of-war, noise works 'performed' by 16mm film passing through the strings of a guitar, and mesmeric visual studies of dust bouncing on the diaphragm of a speaker. For this evening's event, the artists will perform a series of new works that pursue the playful yet dramatic dissection of image and sound production.