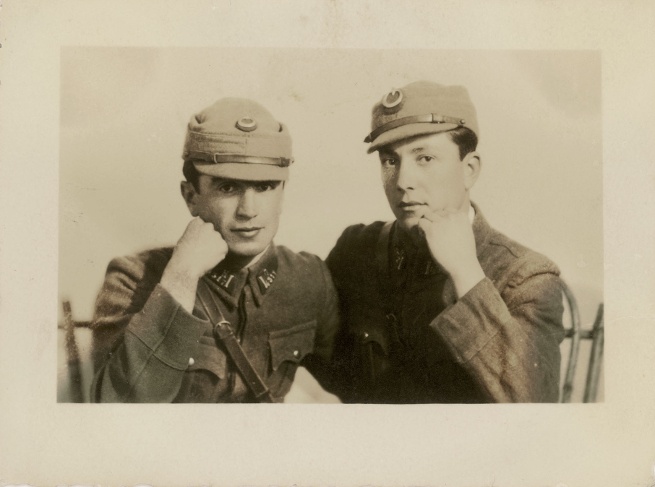 Coinciding with Dor Guez’s first institutional UK solo exhibition at the ICA, this screening will include the artist's second film, titled The Architect, part of a five-part body of work The Sick Man of Europe. Following the screening, Dor Guez will be in conversation with New York-based curator and writer Chelsea Haines.

Guez's most ambitious project to date, The Sick Man of Europe reflects on the military history and current political climate of the Middle East through the creative practices of individual soldiers from the region.

Dor Guez (b.1983 Jerusalem) is an artist, scholar, and founder of the Christian Palestinian Archive (CPA). In March 2014, Bezalel Academy of Arts and Design Jerusalem has appointed Guez as Head of the Photography Department. His latest research project about archives, Pre-Israeli Orientalism, is due to appear this coming year.

Chelsea Haines is a curator and writer based in New York. Since 2009, she has organized exhibitions and public programs for institutions such as Independent Curators International, Portland State University, the Shanghai Biennial, and the Vera List Center for Art and Politics at The New School. She holds an MA in Visual Culture Theory from New York University. Haines is currently a PhD student in Art History at The Graduate Center, CUNY, where she is a Presidential Research Fellow at The Center for the Humanities. She has held curatorial residencies and research fellowships at the International Studio and Curatorial Program (ISCP), Residency Unlimited, and Artport Tel Aviv. Haines is currently a contributing editor of Guernica and editor-at-large of The Exhibitionist.