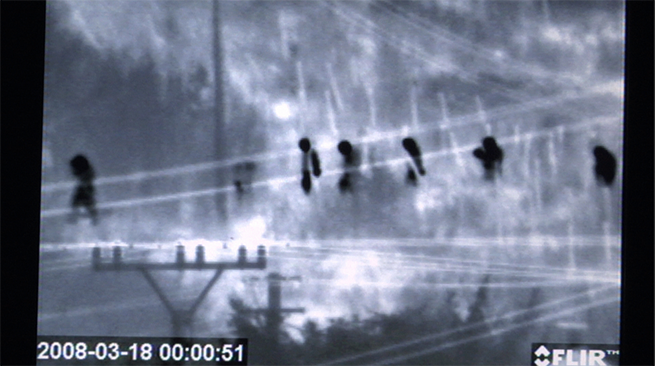 This screening is followed by a discussion with Charlotte Jamieson (from the NSPCC Child Trafficking Unit) and filmmakers Nina Kusturica and Sue Claytons, chaired by Dr Áine McMurtry

Teenagers Juma and Hishame attempt an extremely dangerous journey to Europe, hiding in the chassis of a truck, where they will become the prey of border officers. Ahmed, Nura, Achmad and Asha haver managed to get over the fences. Jawid and Alem have already spent a year and a half in Vienna, hoping their asylum applications will be approved. They’re teenagers fleeing from crisis regions on a dangerous journey to Europe, all alone and hoping for one thing: survival. Upon arriving in Austria, they fight to lead normal lives, struggling against a system that demands they sacrifice their youth to an uncertain future.

As part of this event, we are also screening an excerpt from Calais Children: A Case to Answer by filmmaker Sue Claytons. As the Calais jungle was set to be razed in October 2016, there were over 1,900 unaccompanied minors stranded there - many of whom had a legal case to enter the UK.

This screening is a part of Austria in Transit: Displacement and the Nation State [PDF] (King’s College London, 31 August – 2 September 2017), an international workshop examining cultural responses to issues of transit and the place of the nation state in an era of mass international displacement.

Crossings: Stories of Migration is an ICA-led UK-wide film and events programme supported by the BFI using National Lottery funding and in partnership with the Goethe-Institut and the School of Film & Television, Falmouth University

Part of: Crossings: Stories of Migration