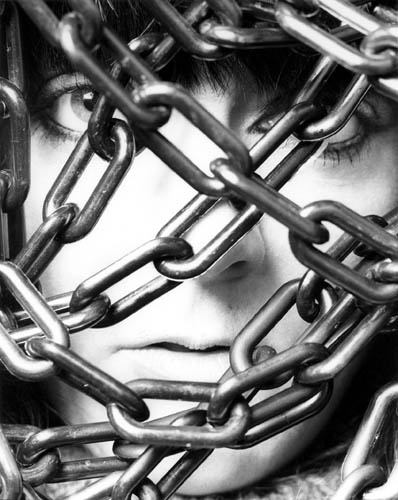 COSEY COMPLEX is a special one-day event – conceived by writer Maria Fusco and commissioned by the ICA – that has developed from conversations between Fusco and artist and musician Cosey Fanni Tutti. Cosey is known as a member of the art/music groups COUM Transmissions and Throbbing Gristle, and for her solo activities which famously include works based on appropriated pornographic images of herself – works that were exhibited in COUM’s Prostitution exhibition at the ICA in 1976. ‘Cosey’ is an assumed name that has allowed the artist to engage in multiple practices and roles across her life, and today’s event builds on the shared interests of Fusco and Fanni Tutti around language and power relations, exploring the potential of ‘Cosey’ as a working method.

The event starts with an afternoon session involving a range of artists, writers and other practitioners, who have all been asked to formulate contributions that enact and are inspired by ‘Cosey as Methodology’. While this session involves some of the traditional formats of a conference, such as academic presentations and discussion panels, it also includes experimental responses, investigations and performances. Participants include Martin Bax, Gerard Byrne, Cosey Fanni Tutti, Daniela Cascella, Diedrich Diederichsen, Graham Duff, John Duncan, Anthony Elms, Corin Sworn, Chris Kraus, Zak Kyes, Clunie Reid and Rob Stone. The day concludes with Cosey Club, a regular club night brought to the ICA under the rubric of ‘Cosey as Methodology’, and which tonight features bands and DJs such as Factory Floor, Fixmer/McCarthy and Andrew Weatherall.

The afternoon session is from 1pm–6pm, in the ICA’s Theatre; Cosey Club is from 10pm–3am, in the Theatre and Bar.

The current issue of Roland includes a special insert that forms part of designer Zak Kyes’ contribution to COSEY COMPLEX, a piece of print which features texts from Fusco and Chris Kraus. The insert is the initial stage in the production of a 'reader' which is being produced in the ICA's Reading Room in the weeks building up to the event in association with Bedford Press.

Martin Bax is founder and editor of the literary journal Ambit (started in 1959). While running the journal he worked as a paediatrician specialising in disability - now retired he continues to do research into cerebral palsy and autism. www.martinbax.com

Daniela Cascella is a writer and curator. She has been contributing editor of the Italian magazine Blow Up, and has written for Organised Sound, Music Works, Contemporary and The Wire. www.danielacascella.com

Cosey Club was founded in 2002 by Richard D. Clouston. It is named after his friend and mentor Cosey Fanni Tutti and inspired by the 'do it yourself,' no compromise and unorthodox approach of Post Punk and Industrial artists, most notably Throbbing Gristle. Clouston and his close friends set about creating a club with a focus on authenticity and the highest calibre of DJs and live acts. www.rdc77.com/

Diedrich Diederichsen is a cultural critic and currently professor for Theory, Practice and Communication of Contemporary Art at the Academy of Fine Art, Vienna. He was formerly the editor of two music magazines in the 1980s (Sounds, Hamburg; Spex, Cologne).

Graham Duff is a script writer, producer and comic actor. He often takes inspiration from the worlds of music, horror, sci-fi and art house cinema. He is currently co-writing a supernatural thriller with Mark E. Smith of The Fall. www.grahamduff.co.uk

Anthony Elms is the editor of WhiteWalls, and assistant director of Gallery 400 at the University of Illinois, Chicago. His writings have appeared in periodicals such as Art Asia Pacific, Art Papers, Artforum and May Revue.

Maria Fusco is a writer, editor and director of art writing at Goldsmiths, University of London. She is the inaugural Writer-in-Residence at Whitechapel Gallery, London and in 2009 was the Critic-in-Residence at the Kadist Art Foundation, Paris.

Chris Kraus is a writer. Her books include I Love Dick (1997), Aliens & Anorexia (2000), Torpor (2006) (all published by Semiotexte/MIT Press) and the forthcoming Summer of Hate. She also contributes regularly to Artforum and has written for Texte Zur Kunst, Art in America and Spike.

Zak Kyes is a graphic designer whose practice encompasses editing, publishing and curating. He is art director of the Architectural Association, London and recently founded the private press Bedford Press. www.zak.to

Rob Stone is Senior Research Fellow in the Visual Culture Research Group at Middlesex University, and Adjunct Professor with the Department of Art History at the University of British Columbia, Greater Vancouver. His book Auditions: Architecture and Aurality will be published by MIT Press later this year.

Corin Sworn is a visual artist. She works with drawing, video and sculpture. Her work has been shown in group exhibitions including EAST International, Norwich (2009), Kunsthalle Basel (2009) and Participant Inc., New York (2008). A new solo exhibition of her work will be presented at the forthcoming Glasgow International.

Cosey and Maria talk about Linguistic Hardcore was originally published in issue one of The Happy Hypocrite, which is available to buy at the ICA bookshop. Courtesy of Cosey Fanni Tutti, Maria Fusco and Book Works. www.coseyfannitutti.com

Supported by the Swiss Cultural Fund in Britain