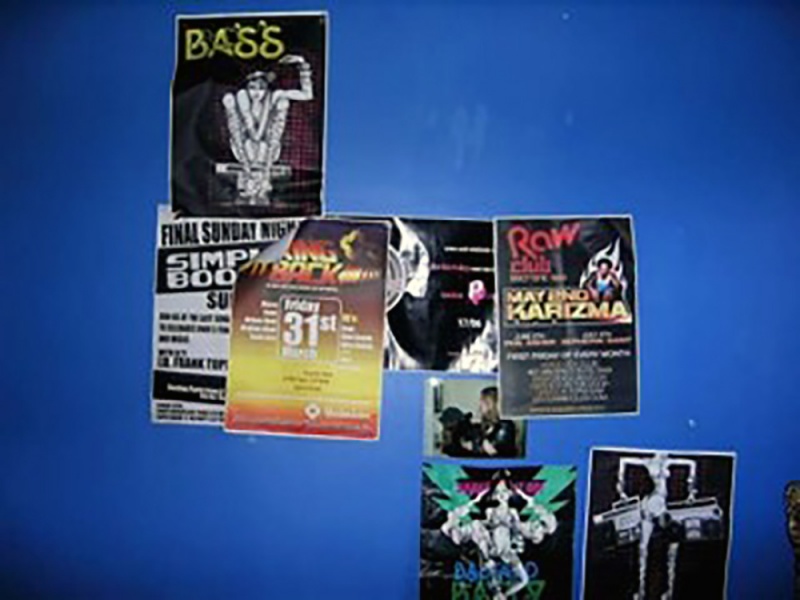 Line-up: Ain Bailey, DJ Levi, DJ Marlon aka The Church Lady, ORETHA
‘This is about memorializing nights that have come and gone – the Sewing Circle at the Ritzy, Precious Brown at the Candy Bar, Shugs, Lambeth Women's Centre, blues dances – and mourning the loss of parties that we used to go to.’
Congregation: Club Night presents DJs who are all sonically connected to Ain Bailey’s own practice and her broader DJ life story. Bailey congregates her dearest allies, DJs she has partied with, mentored and organised alongside.
This is the first event in a three-part live series presented by Ain Bailey at the Institute of Contemporary Arts, and is followed by Congregation: Sonic Round Table and Congregation: Performance. The Congregation series furthers Bailey’s ongoing research into how people use sound to create a sense of place. Central to this body of work is the idea of a ‘sonic biography’; the personal constellation of sounds that form an individual identity. With this series, the artist is considering the ways in which communities are formed through the sharing of sounds.
Ain Bailey is a sound artist and DJ. Her current practice involves an exploration of sonic autobiographies, architectural acoustics, live performance, as well as collaborations with performance, visual and sonic artists. Among these is performance/visual artist Jimmy Robert, who commissioned Bailey to create a composition for his 2017 show European Portraits at PEER Gallery, London. Oh Adelaide (2010), her collaboration with the artist Sonia Boyce, has shown widely, including at Tate Britain; the Whitechapel Gallery; and The Kitchen, New York. In 2016, Bailey was commissioned by Art Basel Miami Beach to compose for the Soundscape Park. Bailey also devised a Study Week at Wysing Arts Centre, Cambridge, which considered the role of sound in the formation of identity. In addition, in 2017, Bailey collaborated with Gaylene Gould on the creation of a Sonic Trail for Tate Britain, London. She also performed at Guest, Ghost, Host: Machine!, the 2017 Serpentine Marathon. Bailey is a research student at Birkbeck, University of London (on a break in studies), and was guest professor in sound at Kunsthochschule Kassel for the winter semester 2017/2018. Following a commission by Serpentine Projects, Bailey is currently conducting sound workshops with LGBTI+ refugees and asylum seekers.
DJ Levi is a DJ based in London. Ain Bailey and DJ Levi have gigged together on many occasions.
Ego Ahaiwe Sowinski is a Minneapolis-based, London-born, Nigerian mixed-media artist/designer, archivist and organiser who DJs under the moniker DJ Marlon aka The Church Lady. Her work and research explore the relationship between feminist, queer, decolonizing theories/spaces and organizational, curatorial, artistic (self-)archiving practices. Ain Bailey and Ego have DJed and organised together on many occasions.
ORETHA is an artist and DJ based in London. Recent performances include Wysing Polyphonic Festival, Shambala Festival, 198 Contemporary Arts and Learning (all 2018), ICA, NTS Radio, StudioRCA, Rich Mix (all 2017), Auto Italia, Corsica Studios and ICA (all 2016). Ain Bailey has been working with ORETHA for some time, supporting the development of their practice.