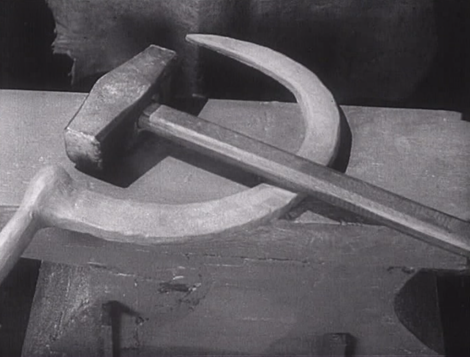 A hundred years after the Soviet Revolution, our present appears as a panicking acceleration that is disabling critical reflection, political decision and rational government. The global mind is in a state of chaos. In this film, storyteller Franco 'Bifo' Berardi guides us on a journey through the 20th century, beginning with the Russian Revolution of 1917 and ending in the contemporary day.

Drawing from the Italian archives of the Workers movement, Istituto Luce Cinecittà and from sources of contemporary media activism, director Andrea Gropplero, in collaboration with Paolo Marzoni, has composed a film in which marks of the 1920s Russian Vanguard, Futurist animation and Cubist imagination intersect with the proto-punk visual poetry of the 1970s. Gropplero, a producer and director who recently took part in the occupation of Teatro Valle in Rome, opens a surprising window of possibility with this work: after the failure of the first century, communism is coming back as a possible trajectory for potential social solidarity and global peace.