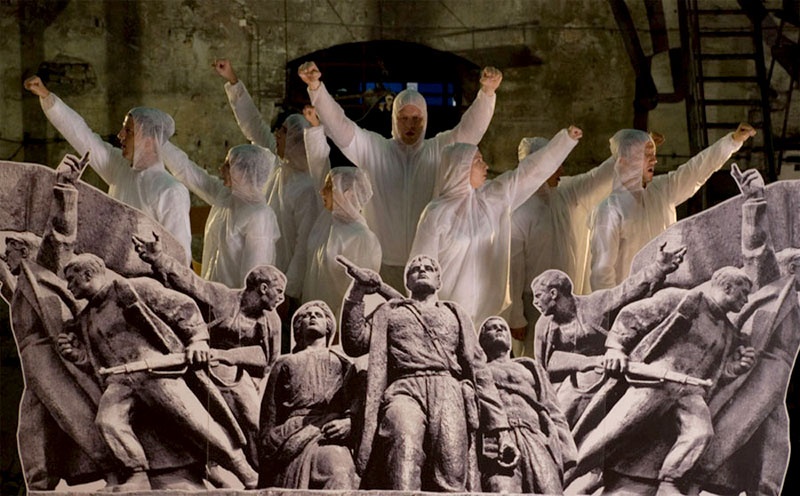 Chto delat? (What is to be done?) - The Urgent Need to Struggle

This Russian collective, made up of artists, philosophers and writers, sees its diverse activities as a merging of political theory, art and activism. Formed in 2003, the group's ideas are rooted in their observations of post-perestroika Russia, and in principles of self-organisation and collectivism. Their work advances a leftist position on economic, social, and cultural agendas; they publish a regular newspaper, produce artwork in the form of videos, installations, public actions and radio programmes, and contribute regularly to conferences and publications.

At the ICA, Chto delat? presents an exhibition and associated season of activity which extends their identity as 'a self-organising platform for cultural workers'. Revolving around the publication of a new issue of their newspaper, a gallery display centred on the group's videos and a programme of talks, screenings and performances, Chto delat? articulate the potential for constituting new forms of living and learning.

During the course of the Chto delat? exhibition the ICA Cinemas host a weekly screening event addressing filmmaking which exists at the intersection between art and activism

Audio Guide
Chto delat? have also produced an audio guide to the exhibition. You can pick this up on an MP3 player in the gallery or listen to it directly on your iPhone or iPod Touch.