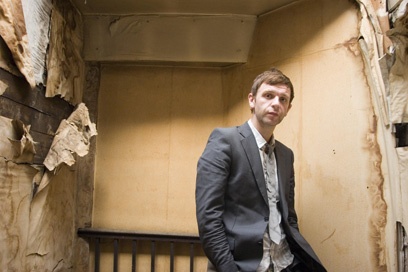 After several years of falling out of the back of transits, Simon Aldred dodged the good sense of his peers telling him to 'get a proper job', took refuge in his bedroom and started work on demos that would form the beginnings of Cherry Ghost. Bolton's given him his lyrics, but his kaleidoscope of influences include Mahalia Jackson, Johnny Cash, Willie Nelson, Kelis and Sparklehorse, not to mention Chekhov and Stevie Smith. But he's not as earnest about it all as Richard Ashcroft. A dizzy and euphoric musical rush with real edge and frailty.

Support is from Air Traffic, a shining example of the West by South West maverick tendency.