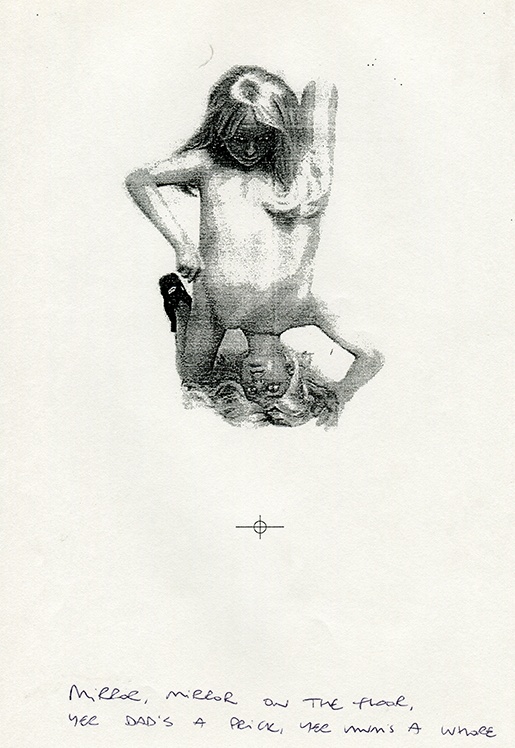 Jake and Dinos Chapman display their shocking mutant mannequins and Goya-inspired grotesques in this, their first major UK institutional exhibition.

From the original press release:

For their first major exhibition the Chapmans create a spectacular environment in the ICA's Lower Gallery: a toxic wonderland of  turf, flowers and trees, peopled by the mutated figures that have become their recent hallmark. Tragic Anatomies is a pre-lapsarian Utopia, a world of possibilities, of polymorphous sexuality, of reconfigured and ambiguous genders.

In the Upper Gallery, another figure develops the themes explored recently by the Chapmans in their Goya-inspired Disasters of War series. A found image of an extreme form of execution practiced in Imperial China is the impetus for an extraordinary work that combines schoolboy mechanics and Newtonian physics with the ultirnate horror/fascination: the spectacle of death. Freud, Bataille and Deleuze are the progenitors of the Chapmans' sceptical explorations of pleasure, death and desire and their concomitant mechanisms of control and repression.

Iconic, hallucinatory, absurd and irritating, the Chapmans' work issues a challenge to conventional thinking about morality, realism, the self and desire. In choosing to subvert the most overdetermined of figurative stereotypes, the mannequin, they create tension between cultural prescription and private perception. Using anti-realist tactics to address the unconscious, they have created a visionary landscape in which sex is suggested, yet gender is denied and where culture and language dissolve into meaninglessness. Welcome to Chapmanworld.

This exhibition, using all the ICA's gallery spaces, is the culmination of the Chapmans' recent spectacular participation in Brilliant! at the Walker Art Centre, Minneapolis, Zygotic Acceleration... at Victoria Miro Gallery, London and General Release at the Venice Biennale.