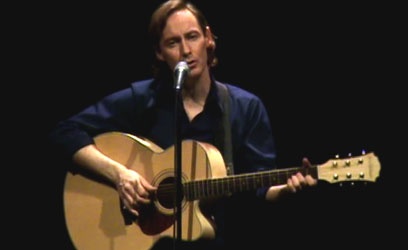 At the dawn of the digital age, it was a defiantly DIY music scene. It was also angry, independent, melodic: music created by bedroom revolutionaries. It is the story we never hear. It is about the music scene that grew out of the post punk era - the polar opposite to mainstream acts like Duran Duran, Whitney Houston and Wham! Without it, groups like Franz Ferdinand and The Arctic Monkeys would not exist.

In the 80s, the major record labels, believing they had tamed the fiery dangers of punk, paid the independents little attention; flush with money from the new CD format, they didn't feel they needed to. The record industry typified Britain under Margaret Thatcher. Even the biggest independent band, Rough Trade's The Smiths, were rarely heard on daytime Radio One which was still in the grip of DLT and Steve Wright.

Groups dotted around the country felt marginalised. They found a parallel existence, creating their own press, live venues and even their own charts. By 1986, the NME was on their side and a week of gigs at the ICA was announced as a showcase for this new breed. NME branded it C86, compiling 22 new British bands on a cassette of the same name – featuring, among others, the Shop Assistants, Pastels, the Wedding Present, Stump and Primal Scream, and, suddenly, there was a sea change.

In the aftermath of C86, 'independent' music became 'indie', a sound rather than a statement. Twenty years on, this has become the sound of mainstream British pop. It may have been derided at the time for its amateurism in an era of high gloss, but through its networks of labels, groups, gigs and fanzines, it has heavily informed the music of 2006.

Through the endeavours of the three of the most influential independent record labels of the last decade—Heavenly, Rough Trade (Shops), and Domino—we celebrate the legacy of C86 with live concerts, film screenings and an exhibition of paraphernalia at its original birthplace, London's Institute of Contemporary Arts.

The two nights feature performances by artists and bands intrinsically involved in the independent scene of the mid-80s, and those more contemporary bands who reflect the same spirit of independence as the C86-era artists. Previously collaborating on films Finisterre and What have you done today Mervin Day?, Saint Etienne and Paul Kelly will premiere footage from their new documentary Hungry Beat, a fascinating look at the British independent music scene of the 1980s, and the original inspiration for this C86 event. Twenty years on, the secret history of the 1980s British music scene will finally have the presence it deserves.