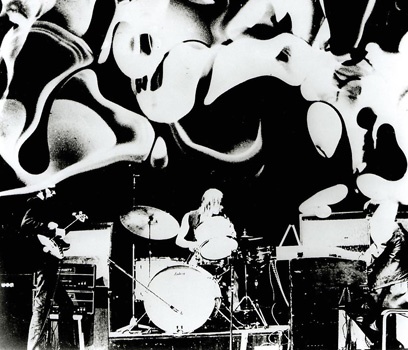 Mark Boyle and Joan Hills were pioneers of British projections with events such as Son et Lumiere for Insects, Reptiles and Water Creatures and the infamous Bodily Fluids and Functions, which included blood, vomit, tears and semen. Their liquid light show of exploding colours and foaming bubbles became a major feature of the psychedelic scene through their residency at the UFO club and their work with Soft Machine, who played what Boyle described as 'acetylene music'.

Their farewell 'lightshow' films Beyond Image and Son of Beyond Image were shot for a circular screen environment as part of their 1969 ICA exhibition 'Journey to the Surface of the Earth' and will be remixed live by Joan Hills and Sebastian Boyle to a live recording of Soft Machine from the technicolor era.