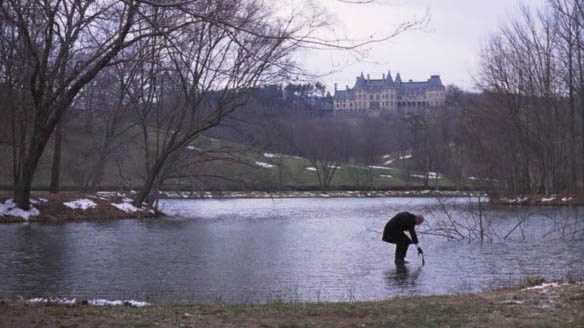 Behind the Mask: Editor Chris Dickens on Being There

Being There features Peter Sellers’ last great performance, playing a character called Chance in a social satire adapted by Jerzy Kosinski from his own novel. Sellers plays a gardener who has never left the estate where he works until his employer dies. He then rises to become President by simply repeating everything he’s heard around him. Editor Don Zimmerman previously worked with director Hal Ashby on the anti-war film Coming Home for which he was nominated the Oscar for Best Editor. Ashby himself began his career as an editor and won an early Oscar for his work on In the Heat of the Night (Dir Norman Jewison, 1967) and even as director, undoubtedly played a hand in the editing style of all his films. Ashby’s light, mischievous touch is evident throughout the film and no less so than in his own enigmatic version of the final scene - the pinnacle of this quiet masterpiece.

Editor Chris Dickens received international acclaim following the huge success of Slumdog Millionaire, for which he won the Oscar and BAFTA for Best Editing in 2009. Chris has also worked extensively with director Edgar Wright, beginning with cult TV series Spaced and continuing with Shaun of the Dead and Hot Fuzz. This year sees the release of his two newest projects, Paul and Submarine.