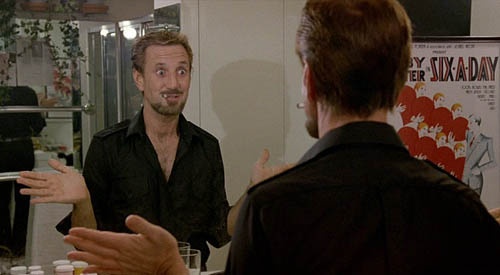 Behind the Mask - Director Joanna Hogg on All That Jazz

All That Jazz (1979) is the semi-autobiographical musical on the life of director, screenwriter, choreographer and dancer Bob Fosse. The multi award-winning director of Cabaret (1972), co-wrote All That Jazz based on his real life effort to edit his film Lenny (1974) whilst simultaneously staging his 1975 Broadway musical Chicago. Roy Scheider plays the part of Fosse, here called Joe Gideon, whose punishing work schedule leaves him a broken man who regularly converses with the Angel of Death (Jessica Lange). Fosse’s unique style of directing is as heady and gloriously untamed as any of his stage show pieces, using a collage style of story telling and fantasy to piece together the events of his life. The film won four Oscars - and Fosse his third Oscar nomination for Best Director - and two Baftas.

Writer/director Joanna Hogg is known for her keenly observed study of the gently shifting social dynamics between friends and family. She has said on her quietly unobtrusive style of film making, “Having endlessly explored camera movement in my TV days, I wanted to create a more contemplative cinema. I like to give the audience time to explore the frame, and become intimate with it.” Joanna Hogg first came to critical attention in 2007 with her remarkable debut Unrelated which won the acclaimed FIPRESCI prize at The London Film Festival and her eagerly anticipated second film Archipelago (2010) is released in March.