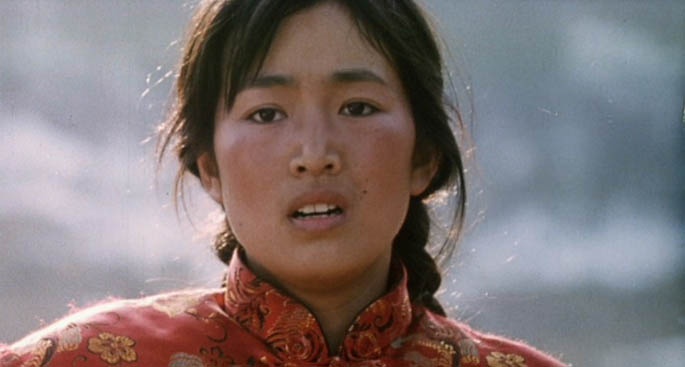 Behind the Mask: Director Asif Kapadia on The Story of Qiu Ju

Zhang Yimou has directed some of the most stunning films of the New Chinese Cinema. Most recently he’s won acclaim for directing the opening ceremony of Beijing’s Olypmic Games (2008) which has set a new gold standard of artistic achievement for subsequent would-be hosts, as well as international success with his action films Hero and House of Flying Daggers. However, The Story of Qiu Ju (1992) and his earlier films starring the exquisite Gong Li, are arguably more thought provoking works, often depicting the lives of Chinese women struggling against domestic and state repression. The Story of Qiu Ju is Zhang’s reinvention of Chinese socialist cinema; with hidden cameras and untrained actors creating a naturalistic, docu-drama feeling to events. This is a tale of one peasant woman’s fight for justice against the Chinese legal system after her husband is kicked in the groin by the village chief - and a little screened gem.

Director Asif Kapadia first came to prominence with his award winning short film The Sheep Thief, followed by his debut feature The Warrior which won a BAFTA in 2003 for Best British Film. Asif has continued his style of visually stunning film making with The Return and Far North and recently completed his first documentary film, Senna (2010), on the monumental life and tragic death of Brazilian Formula 1 racing driver Ayrton Senna. Winner of the World Cinema Audience Award Documentary at Sundance this year, Senna has already received wide critical acclaim and is released in June 2011.

Update
We regret to inform you that due to late commitments on promoting his new film Senna – Asif Kapadia will no longer be introducing this screening. He will provide us with detailed programme notes to accompany the film.