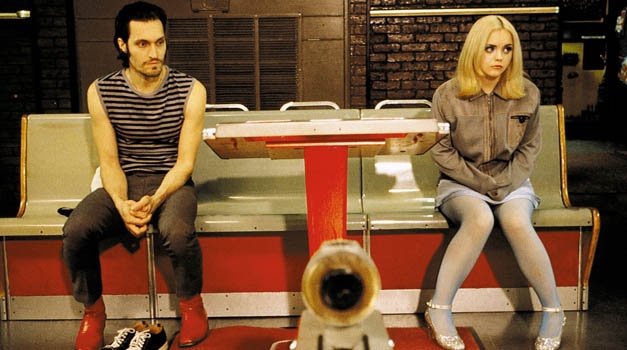 Behind the Mask - Cinematographer Robbie Ryan on Buffalo '66

Buffalo '66 (1998) is Vincent Gallo's directorial debut and one of a kind. Gallo; performance artist, actor, painter, musician, argent provocateur and film maker, here brings an idiosyncrasy that if not autobiographical, is at least deeply personal. Gallo plays Billy Brown, just out of prison and enroute to his hometown of Buffalo where he kidnaps a girl, Layla (Christina Ricci) and persuades her to pretend to be his girlfriend at his waiting parent's home. The big reunion is a mere fraction of what you might imagine, with mom (Angelica Huston) and dad (Ben Gazzara) both going some way to explaining their son's peculiarities.

Robbie Ryan is one of the most prolific and in demand cinematographers working today. His work on the films of Andrea Arnold (Wasp, Red Road, Fish Tank and the upcoming Wuthering Heights) have earned him international acclaim.

Update 16/03/11 - Robbie Ryan is now sadly unable to introduce this screening, but a programme note by Robbie detailing why he's chosen Buffalo 66 to represent his craft area of cinematography will be available on the day.