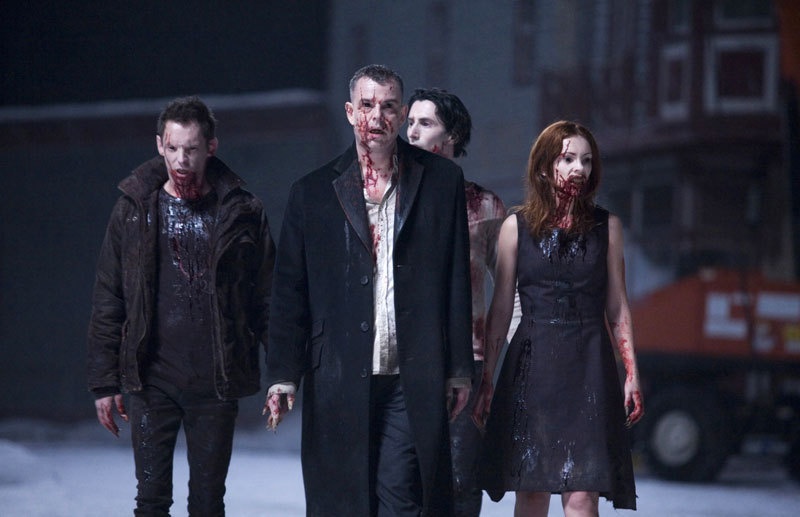 Film title design can be the most experimental and creative part of any visual media and often it’s the opening sequence that can both set the mood for the forthcoming experience and stay with you long after the story has faded from memory.

Nic Benns and Miki Kato are two of the most successful film title sequencers working in the industry today. Of their recent successes, the BAFTA winning TV drama series Misfits was nominated in the Best Titles category in 2010 and their work on the title sequence for An Education gained wide recognition when the film received three Oscar nominations and won a BAFTA. Their company, Momoco, is a multi disciplinary design and live action studio working on films, commercials and motion branding. Momoco has created a dazzling range of title sequences, from the hauntingly paranoid 30 Days of Night to the clean abstract artwork of Hard Candy, as well as Alien vs Predator, Laws of Attraction, Love Actually and Beyond the Sea. A recent addition to their inspiring portfolio is Copelia, a short sci-fi film, written, produced and directed by Momoco.

Nic Benns and Miki Kato will be discussing how they started out and what makes their titles so eye catchingly unique.