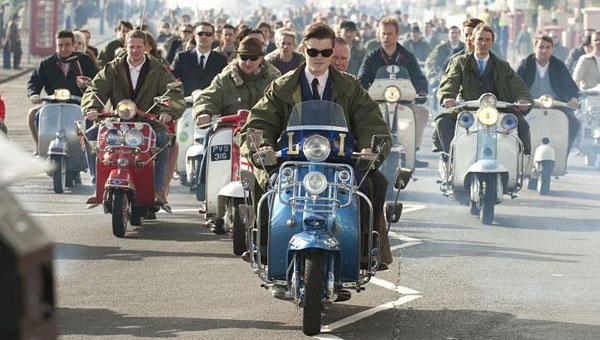 February sees the release of cinematographer John Matheson’s latest creation with the release of the eagerly awaited re-make of Graham Greene’s Brighton Rock (Dir Rowan Joffe) - quiet a journey from first gaining recognition for his ground breaking video Peek-a-Boo for Siouxsie and the Banshees in 1988. He then went on to work with some of the most successful pop artists of the 90s, including Madonna, Prince and Massive Attack. Following his work with John Maybury on Sinéad O'Connor’s video Nothing Compares 2 U, Mathieson went on to photograph the award winning Love Is the Devil (Dir John Maybury 1998) and after working as visual effects cinematographer on Enemy of the State (Dir Tony Scott1998), he photographed the film Plunkett & Macleane (Dir Jake Scott 1999). Mathieson then went on to photograph four features for Ridley Scott , one of which was Gladiator (2000) for which he was nominated for an Oscar and won a BAFTA for best Cinematography in the same year. Mathieson’s second Oscar nomination came for The Phantom of the Opera (Dir Joel Schumacher 2004) and yet while many of these successes have been big budget film productions, Mathieson continues to also work on independent British features such as Trauma (Dir Marc Evans 2004). John Mathieson will be discussing more of the above plus his latest ventures hot off the set from X-Men: First Class (Dir Matthew Vaughn) due for release later this year.