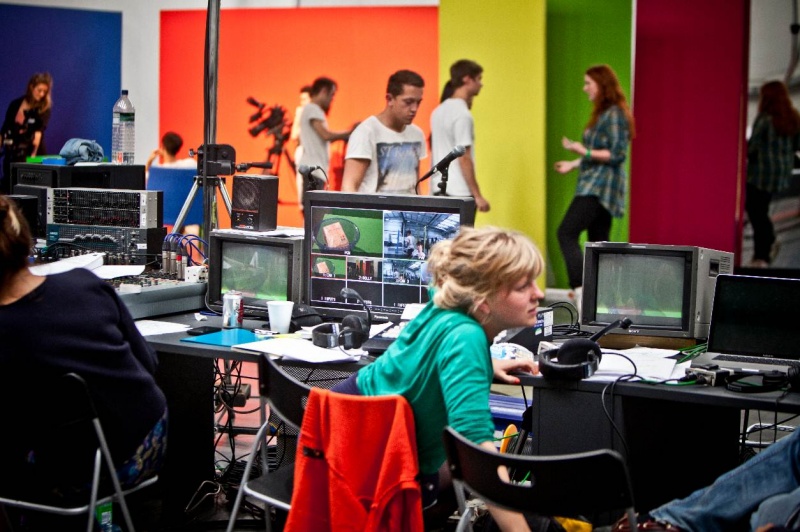 Auto Italia LIVE is an artist-run TV series, performed before a studio audience and broadcast live over the internet. Working in collaboration with Auto Italia South East, a wide variety of artists produce new work, engaging directly with the format of live television and a history of artists using broadcast media platforms.

Produced with a full technical crew, artists respond to the familiar tropes and formulas of television programming, working on all aspects of production and opening a space for criticality and intervention within the medium of TV. In an ever-increasing landscape of broadcast media and 'accessible' web platforms, Auto Italia LIVE is situated within pre-existing online communities allowing artists to make and distribute new work.

Produced collaboratively by artists, Auto Italia LIVE reclaims a space within the television format that has increasingly lost its experimental aspect. Questioning the demise of risk-taking in mainstream cultural programming, the project aims to provoke discussion, challenging how dialogues are negotiated and tested under these unique conditions.

As part of Remote Control, Auto Italia South East will produce a new TV episode filmed in the ICA and streamed live on Saturday 9 June 2012