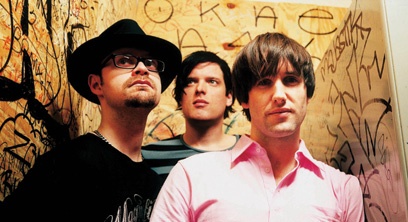 Ash grew fast and furious out of their Britpop tag and into a blinding mix of metally, grungey, power pop more than 10 years ago, and they've got a blistering new album, Twilight of the Innocents, to showcase tonight along with the older gems (Girl from Mars anyone?). Supporting tonight, Jamie Hartman of Ben's Brother really is the brother of someone called Ben, but when you listen to his simple, folk-rock songs, you suspect he might also be related to Rod Stewart. Come hear for yourself.