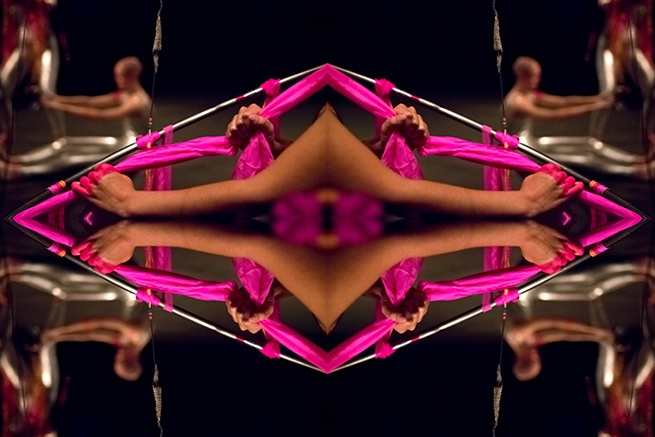 ICA exhibiting artist Sonia Boyce is in conversation with art historian Sophie Orlando discussing her work on the occasion of the exhibition Sonia Boyce: We move in her way. A new body of work created especially for the ICA, We move in her way involves the exploratory vocal and movement performances of Elaine Mitchener, Barbara Gamper and her dancers Eve Stainton, Ria Uttridge and Be van Vark, with an invited audience. The title of the work suggests two possible readings: that ‘she’ dictates our movements, or that we obstruct ‘hers’, with both interpretations suggesting power is at play. Here, Boyce and Orlando discuss the artist’s participatory practice and this new work in which Boyce has invited others to engage performatively with improvisation.