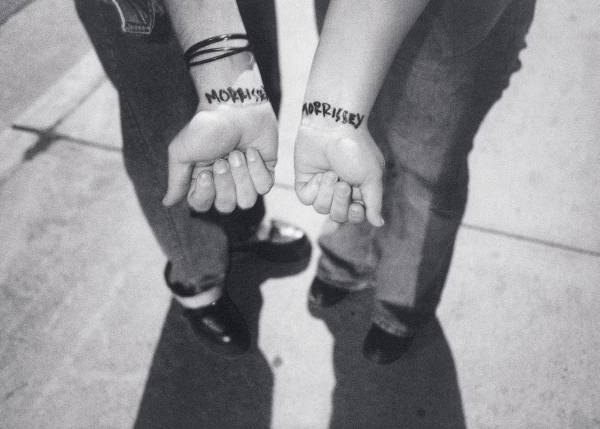 Is it Really So Strange?, 2004, 80 min
Making the connection between The Smiths’ working-class, Manchester-raised, ethnic Irish experience and that of the sons and daughters of Latino immigrants in Los Angeles, Is It Really So Strange? is the first documentary that allows the fans themselves to speak at length about their lives, their loves and their brief encounters with their idol.

On Saturday, a special double-bill screening of works by William E. Jones including Midcentury, 2012, and Is it Really So Strange?, 2004, is followed by a discussion with William E. Jones and ICA Associate Curator of Artists’ Moving Image, Steven Cairns.

Midcentury, 2012, 30 min
Midcentury is a compilation of works originally commissioned for the 53rd Venice Biennale, reworked for the 57th Oberhausen Film Festival, then reworked again for a solo exhibition at White Cube in London. Its form mimics that of a network’s broadcast day, condensed to a half hour. Though Midcentury contains no first person narration, it can be considered an autobiography of sorts: the work of a hyperactive child who grew up in an industrial wasteland during the Cold War and watched far too much television. The compilation includes: Aggressive Child, Coup d’état, Discrepancy, Magenta Rolls, More British Sounds, The National Anthem, No Product #1-7, Youngstown/Steel Town as well as statements by David Sarnoff, Herbert Read, J. Robert Oppenheimer, James Bryant Conant, Walter Reuther, and Harry Pollitt.