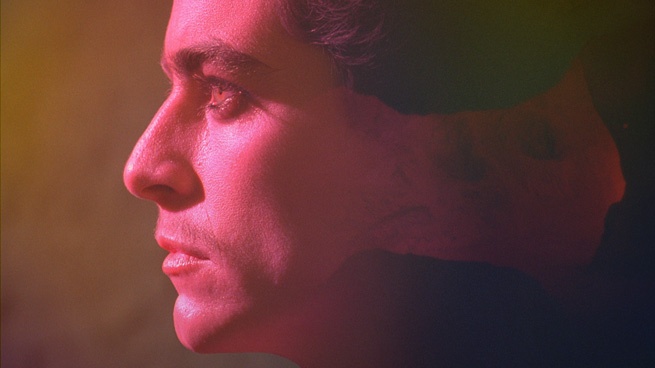 London-based filmmaker Ursula Mayer presents her recent film Medea (2013) alongside Pier Paolo Pasolini’s Medea of 1969. The programme features an introduction by the artist.

The ancient legend of Medea contrasts two worlds which are no longer compatible with one another – the old archaic world of Medea and the modern rational world of Jason. Both individuals, who confront each other here as representatives of their opposing systems, raise the great question of peaceful coexistence between cultures in times of globalisation. Thus it is also fitting that Mayer lets the filmed scenes be repeatedly interrupted by short documentary insertions, which show extracts from the current unrest in the Arab region as they are circulating on YouTube and on television.

Ursula Mayer has brought Pasolini’s approach up to date by casting actress JD Samson in the role of Medea, a contemporary icon of Queerness and pop culture. JD Samson, the post-punk rock star, could, if she stands in the cave, be standing on a rock stage – the ritual habitus is identical.